The butterflies, the ride and the walk

The agenda for Thursday was simple – butterflies. And then some additional sight-seeing on foot.
One would think that such thing as the Phuket Butterfly – Garden and Insect World (let's call it Butterflies from now on) would be well known among the local taxi drivers. Once again, I was fairly mistaken. Luckily, I had a map of Phuket town (both the center and the whole town) so I was at least able to show the drivers where I want to go. The other thing I was mistaken about was the price. When all the webpages said that there's a fixed rate 50bath within the town, they were wrong. I managed to get the price from 100bath to 80bath and that was that. Somehow, only walking from the guesthouse to the bus stop required refusing about twenty taxi drivers and I wasn't sure I would have the energy to do that the whole way to the Butterflies, as I originally intended to walk. Well, ok, there really original idea was to take a local bus, but the nice lady at the info told me to take a taxi, despite the fact that on the WEBPAGE it said there's a bus going nearby the Butterflies. Somehow, I really didn't feel like arguing that day.
So I ended up hopping on a moped (there's a first time for everything), the young driver was even nice enough to provide me with a helmet, which naturally didn't stay in place given my hair being pulled up but never mind, I survived.
At the Butterflies, we were welcomed by two lovely Thai ladies, and by lovely I mean strawberry-vanilla-icecream sweet, and by ladies I mean actual ladies ;) The welcome drink was much appreciated and much needed. The young driver offered to wait for me there as there were no taxis waiting there, but I nicely refused as we might be waiting pretty long. Also, I did intend to walk at least the way back, it naturally was NOT that far. At least for me, 4km is not far. But this is Thailand, they don't walk anywhere.
Anyway, back to the Butterflies! I enjoyed the drink (ice white tea with honey, yum!), purchased the ticket for 300bath, got some food for the butterflies for later on in the garden and stepped in.
The first part was basically a biology class focused on insects and all kinds of creepy-crawly things from the very beginning of the existence of life on Earth. I very much appreciated the solid presence of evolution(ism) everywhere around me and enjoyed the biology class, reading pretty much everything they had to say. Naturally, all the text was in Thai and English so I spent a LOT of time there. There were a few terrariums with notes „Don't tap on the glass.“ on them and scoprios and tarantual in them. By the look at them, I was completely sure they're not alive, but the small holes in the glass and later information claimed they were alive. Looked strange, nevertheless.
After the 'class room', there was the garden. I was surprised is wasn't as humid and hot as I expected. Honestly, the conditions outside were much worse. But based on the information, the butterflies don't exactly enjoy extreme temperatures either, so that was why. 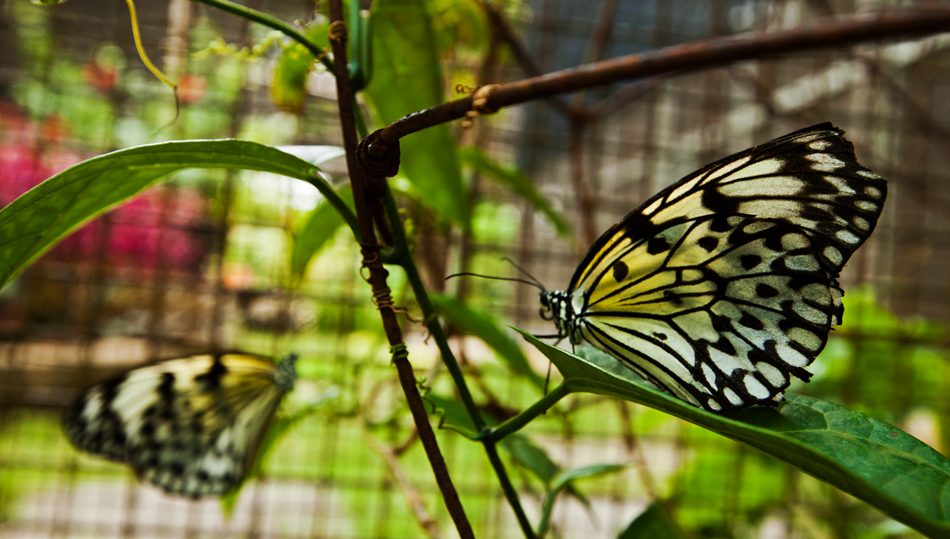 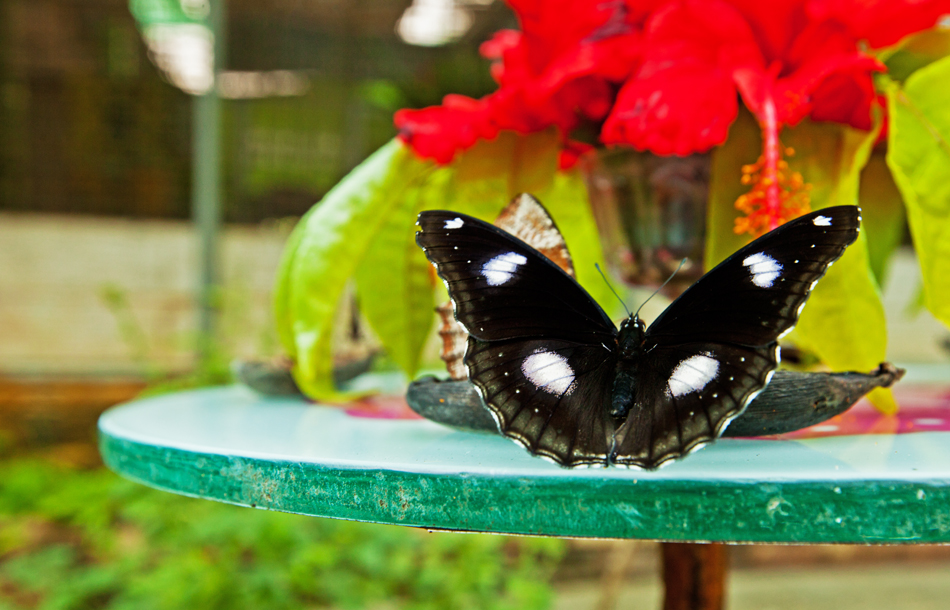 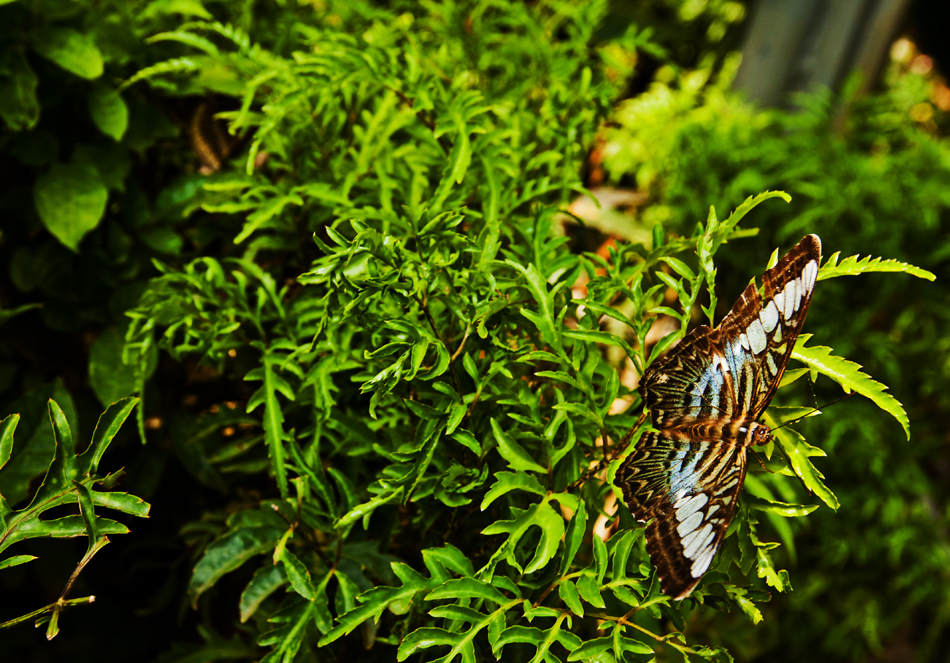 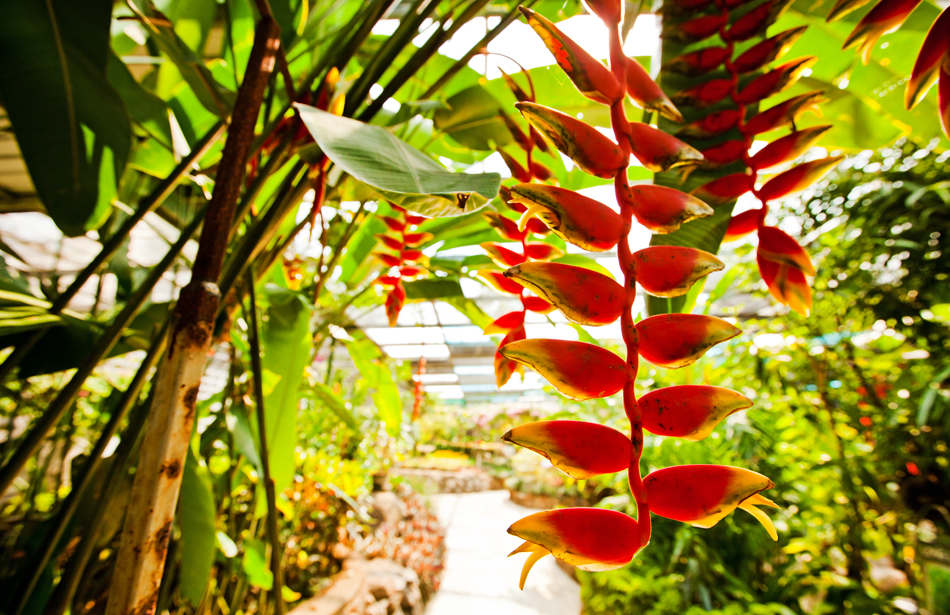 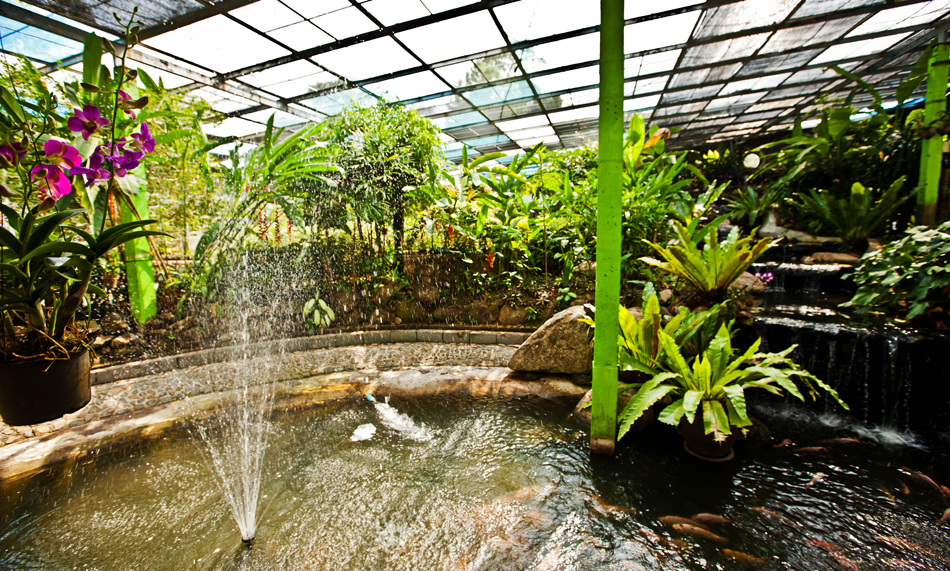 Long story short, I could spend there the whole day, just watching the butterflies and being amazed and amused. Also, one observation – you know you're sweating like hell when the butterflies start licking you instead of the banana mash you brought them. At one point, there was five or six butterflies sitting on me and I could just laugh. I felt like Snowhite with butterflies instead of birds and forest critters :D 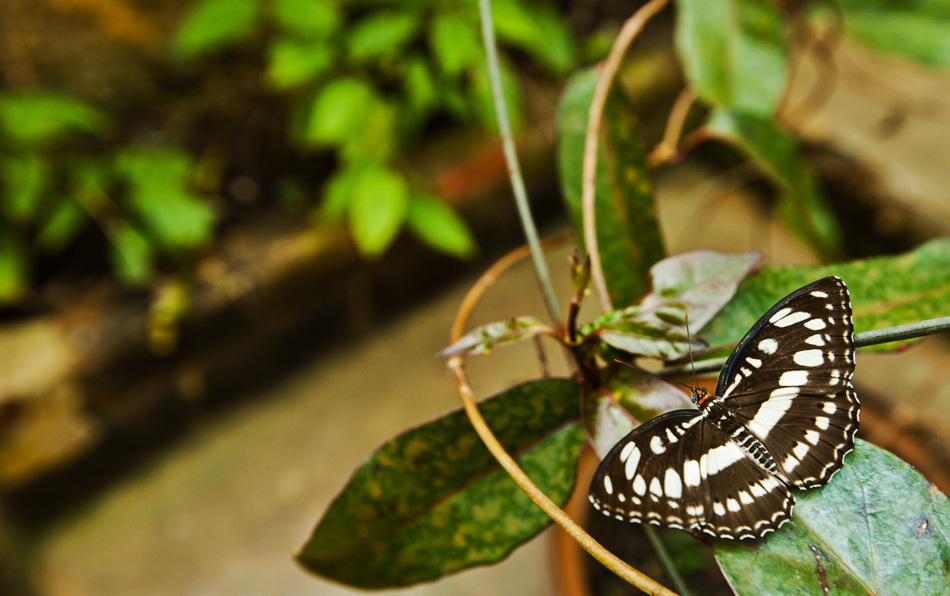 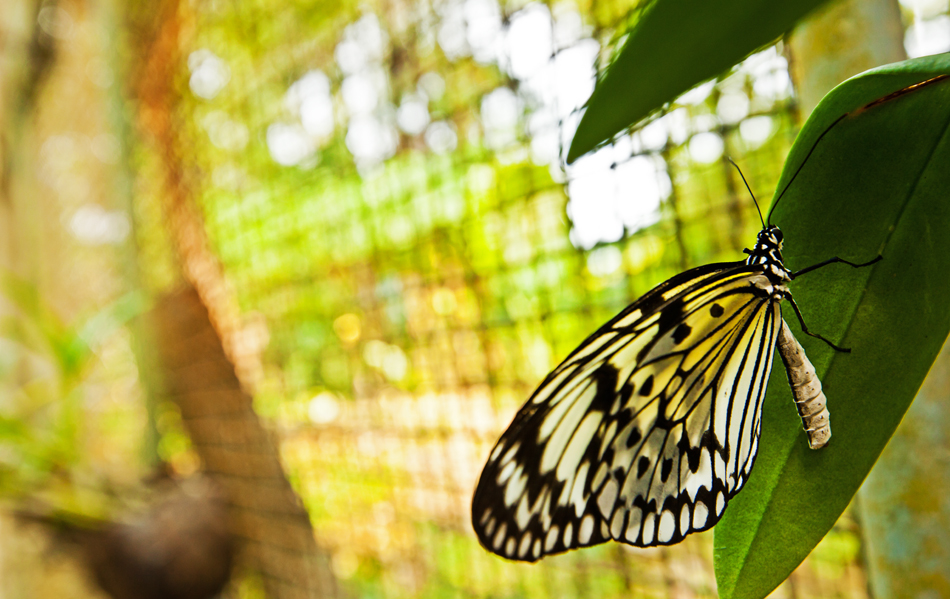 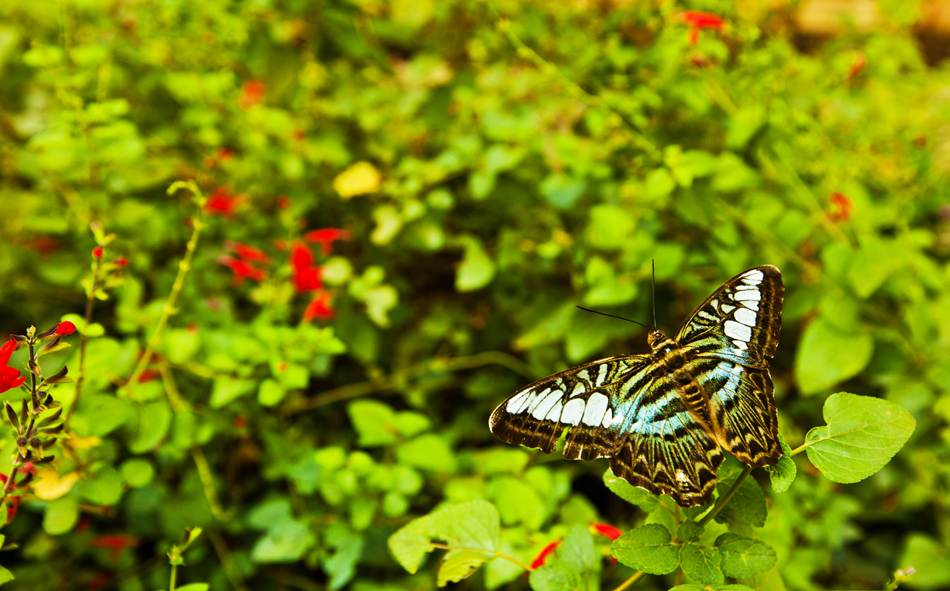 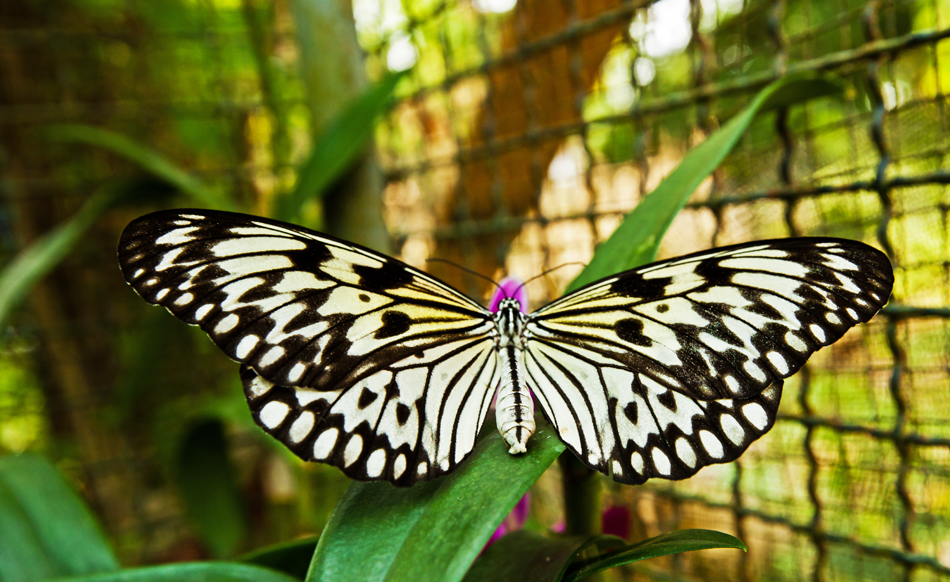 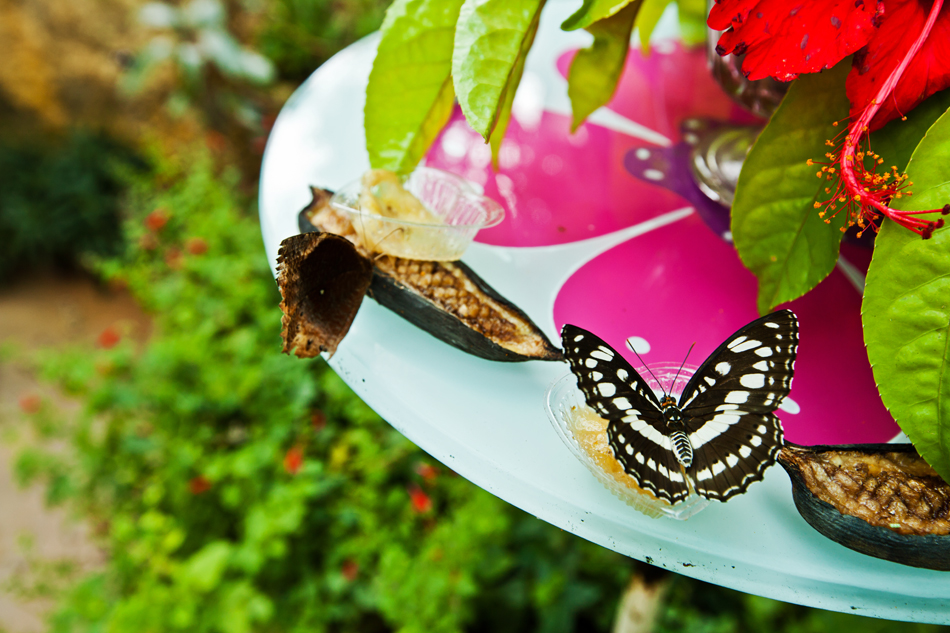 The exhibition continued with breeding rooms, a room where the cocoons are hanging and a room with the caterpillars. 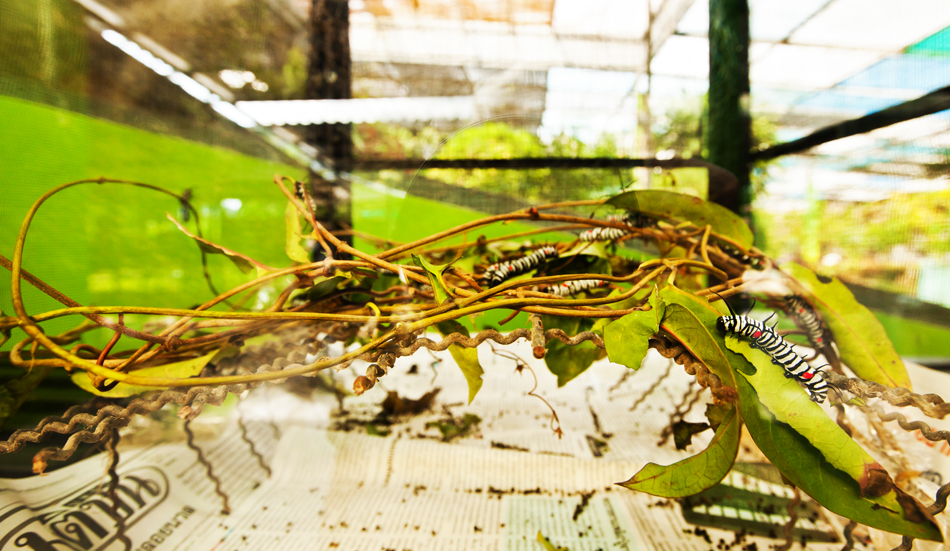 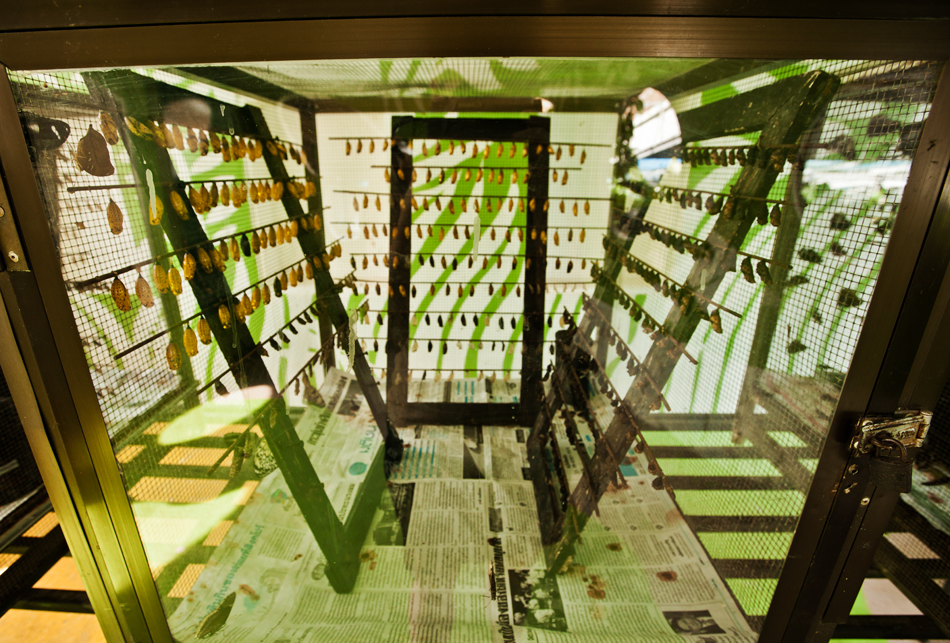 The last part was a museum of silk. 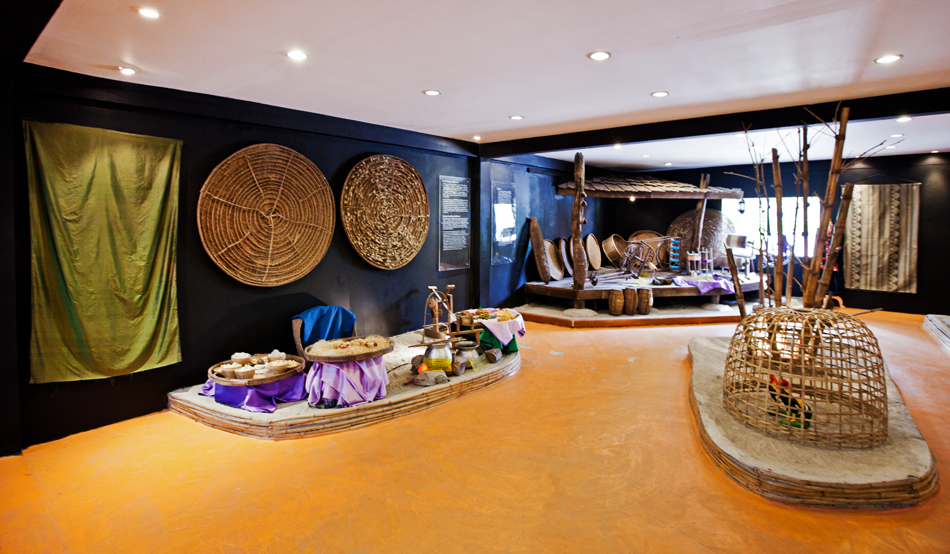 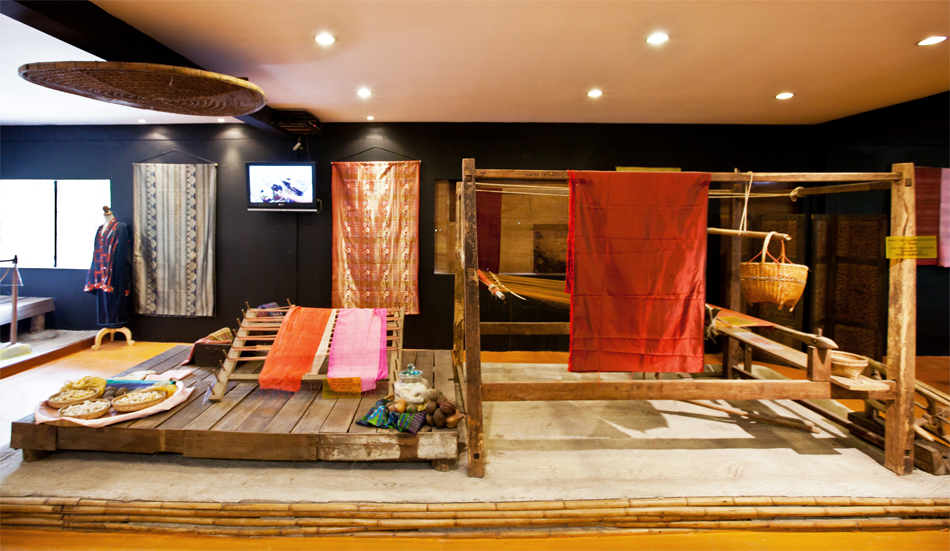 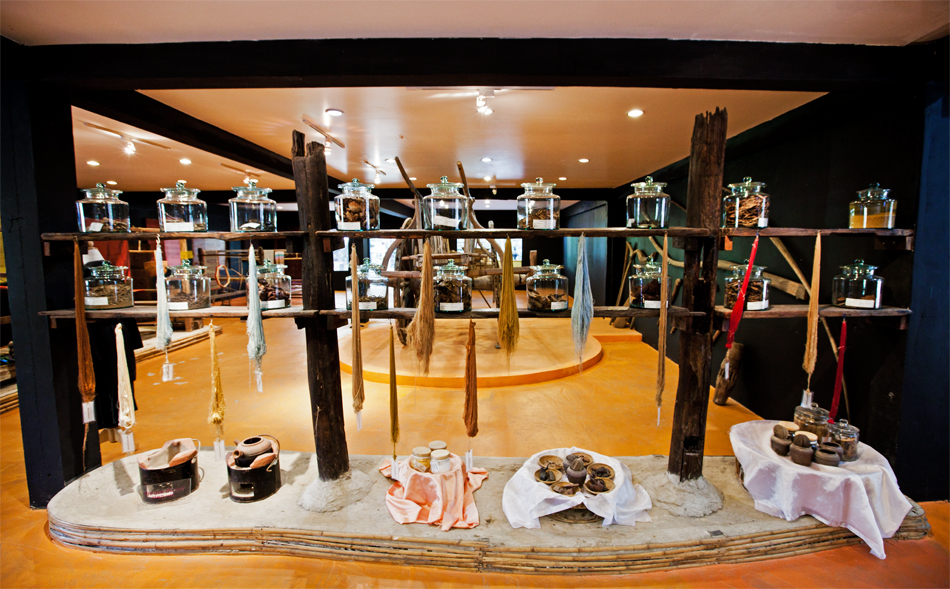 There was also a pond with some rather unfriendly fish and a section with bee hives. Based on the instructions and warnings, I skipped the bees as they may not exactly like some colors of my clothes and I didn't want to find out how much they wouldn't like it.

At the café I had my first proper iced thai tea and fell in love right away. Also, sparkling water was a nice change after all the still drinking water. I relaxed for a while at the A/C-ed room and then headed out. As I mentioned earlier, I really wanted to walk back, but the two lovely ladies wouldn't let me. They didn't literally stop me physically, but I didn't want to find out. So after discussing with one taxi driver where is it I actually want to go („Oh, you can't walk that, it's very high.“) they phoned some other guy who would take me there. After while of waiting, this old grandpa on his grandapa-like moped arrived. Alright! He asked for 100bath and as I really didn't feel like bargaining, I took it. When we got to the top of the hill, I had to admit two things – 100bath was a fair price (there were moments when I thought the moped won't make it and we'll start going backwards down the hill) and the ladies were right, it IS very high hill. So once again I was eventually glad how it all turned out. The view was quite something. 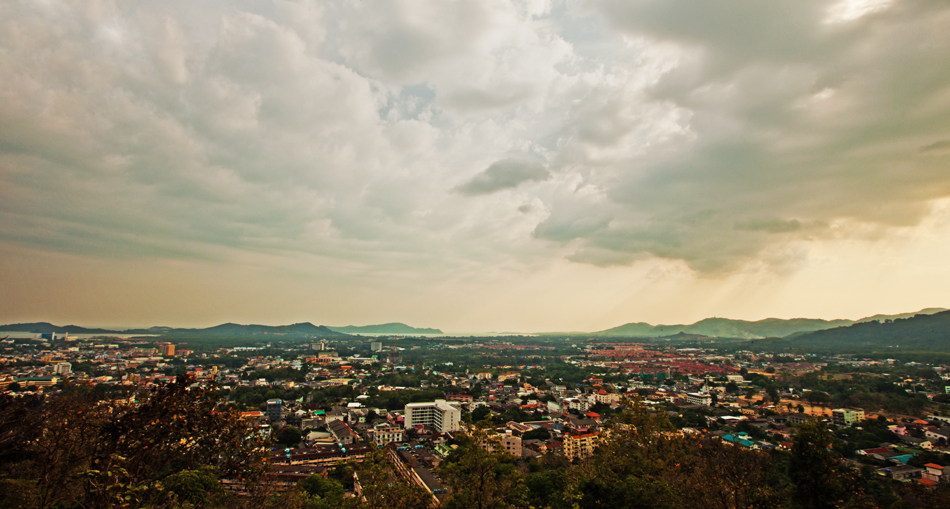 But aside from that one view, there wasn't much to do there (for me, at least) so I started the descent. For most of the time, I was convinced I was the only retard around walking, but after while, I met a few other retarded tourists walking both up and down the hill so I didn't worry about it anymore.
Luckily, I easily managed to 'navigate' (myself) with only the small map I got at the guesthouse, so the way through the old town center went without getting lost. But without the map, I would be still roaming somewhere there trying to find my way 'home'. That was the first proper face-to-face meeting with asian culture and my mind was quite blown.
I was planning to také photos of those many temples I saw along my way, but I skipped that part of the plan, as all the temples were (logically), hidden among many houses and I didn't exactly liked that. Also, once again, I wasn't dressed properly to be let in.
I made my way to the familiar part of the town, enjoyed an early dinner at the recommended restaurant (carefully avoided most of the chilli) and went back to the guesthouse as the next I had the whole day trip to the Phang Nga Bay ahead.
Labels: backpacking photography thailand travel
Reactions: 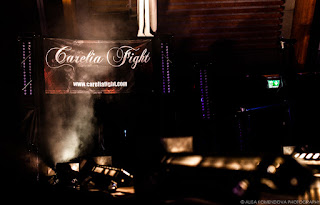