I was being picked up early morning (early like 6am early) from the guesthouse. Funny thing – the whole guesthouse was sleeping, nobody at the reception and I hadn't paid my bill yet. I wonder what they would do if I would leave without paying. I wonder what I would do (how I would get the change) if I wouldn't have the exact amount of money (meaning, I wouldn't have bills small enough). By some deus-ex-machina, I had. So I just left the money with the key at the reception table. I haven't heard from them yet so I guess they got it.
The minivan taxi was on time as I was the first one to get picked up. We did the usual city-seeing round around and through the town to get the rest of the people and were dropped at a place that could be by no definition be even remotely called bus station, however, so it was. We got out tickets and stickers and waited for the actual bus for a while. And yet again, in no universe by no definition in absolutely no way could be bus apparently older than me be called V.I.P., yet somehow it was. Matter of perspective, I guess.
Luckily, I had the double seat all for myself and it wasn't long before we were directed from the bus around the pier to the correct boat. The whole time at the bus and the whole time at the boat, the sky was clear and the sun was scorching. Naturally. (But for the first time, it stayed that way for longer time that just till next morning.)
The chaos at the pier and at the taxi parking places was quite something. There I also found out that bitching about other people is obviously really typical for Czechs as an older couple sitting in the same “taxi” (tho it turned out later they were in a wrong one) started trashing one girl that for whatever reason insisted sitting like an idiot (three people sitting on each side, and she had to stuff herself on the same side with her boyfriend, which meant five to three people, no need to say that those five people were almost sitting on top of each other while the three of us on the other side had plenty of space... idiot). In other words, they spoke my mind. So we were just happily ranting together how impossible people are and for a while I felt like home.

And then, after some crazy driving... FINALLY! The paradise presented itself with the name of Ko Phangan, Thong Yang Bungalow. Private beach was the magic word and secret ingredient.
Amazing place, amazing staff, amazing weather. Finally, it felt like the postcard place I was waiting for. 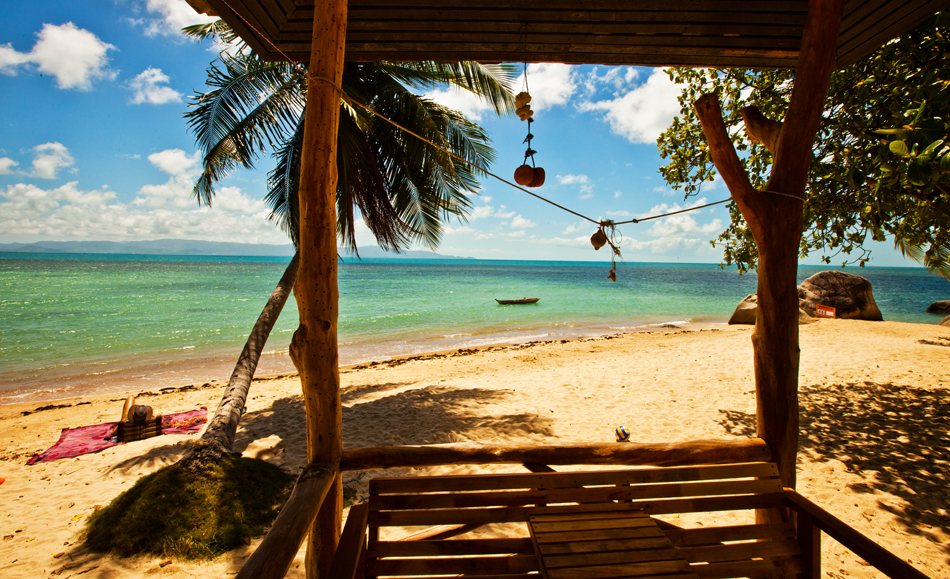 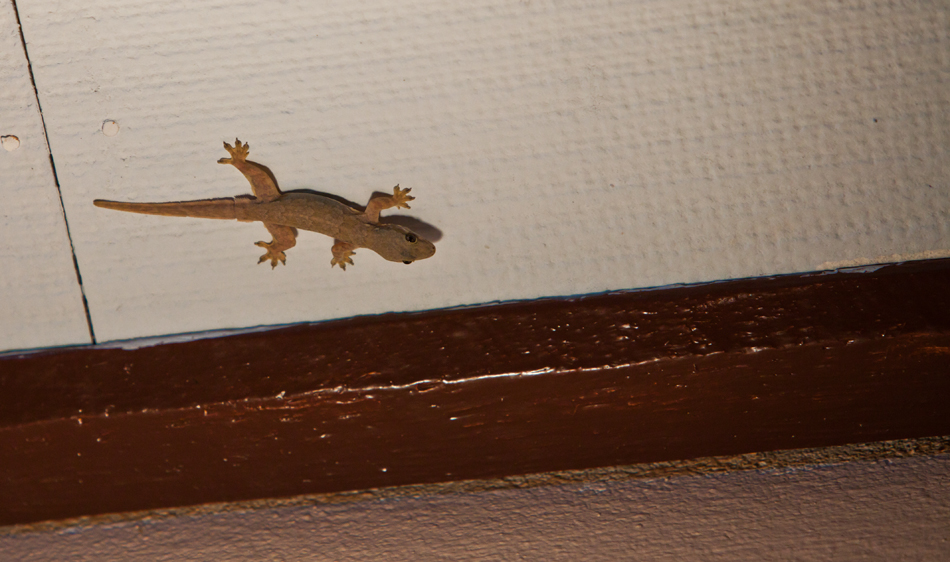 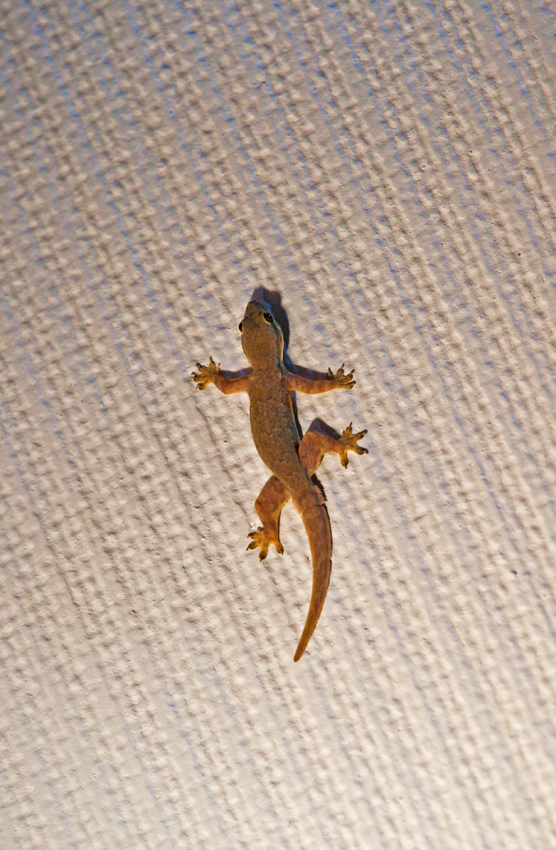 I had a list of things I needed (cash, new bag, snacks) so I decided to get to the closest place where I could get all these.
First observation of that day was that the romantic idea of walking barefoot on beach a distance longer than 5 seconds of cheesy love song video from the 80's is bullshit. A painful bullshit at that. I don't think I ever developed blisters so quickly as by doing exactly that – walking barefoot on beach and actually trying to cross some distance larger than from the towel to the sea and back. The sandals didn't save it anymore. But well, I could walk.
Second observation was that trying to wash the sand from your sandals by the sea while walking in them doesn't work. It just doesn't. Don't do it. I did and I never again will.
Third observation – people learning how to use glides can be dangerous.
So when I finally reached the point where I would turn right and get on the road, my priorities were reconsidered and on top of my list, suddenly, was finding a drug store and getting plasters. Only then I realized I would also need to wash my feet somewhere. Oh well, never mind, I'll live.
The 7-11 was surrounded by ATMs so the cash and 'grocery' items on the list were sorted easily. Oh, milk. Oh, gensei ice tea. But no shop with bags or anything similar anywhere to be seen. But then again, I'm often blind so the failure might have been all mine.
The last thing on the list was finding a local bakery that was supposed to gave one shop nearby the 7-11. I took the turn towards the 'inland' and I was walking for only a few minutes when I passed by an elder Thai guy who started calling after me asking me where I was going. So I told him the name of the bakery and his reply was (to no surprise to me) that it was too far and he could give me a ride there. Once again, I don't know about you people, but I don't consider 1-2km walk 'too far'. So I refused with my usual 'I like to walk.' and continued. And shortly before another turn, I passed by a temple. 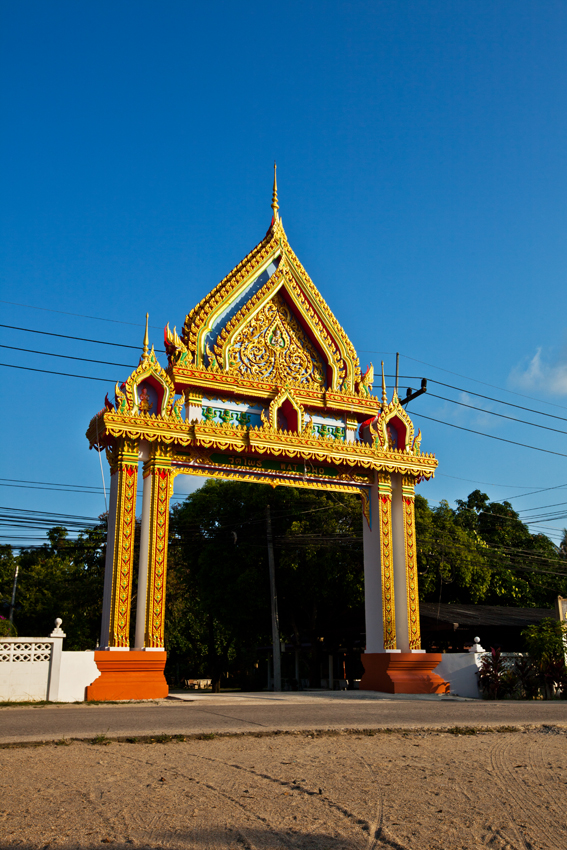 After the turn, I got a little unsure as I got to an area where the locals seemed to reside. And then, after I passed several houses, I dog decided to accompany me for no obvious reason. He was friendly, but not rabid friendly, so I let him pace next to me and he was happy. But I kept my distance as I didn't have the time to get my rabid shot before departure, so I didn't want to risk even getting scratched or anything. You never know.
(Well, he... I shared some thoughts on that on Facebook later that day. 'What has balls like a guy, pees like a girl and is completely delusional? Thai dogs.')

So we were striding along the road and everything seemed fine. Until we got to another residence with dogs. They weren't happy about my companion. There was about three of them against one of him. As much as I love animals (more than people, but don't tell anyone), I didn't really care. All I cared was not to get in the middle of them. Because the dogs didn't have any problem with me, they didn't even remotely growl on me, but they were going berserk on him.

The situation repeated itself several times before we finally arrived to the bakery. And to my disappointment, it only seemed to be the production place where they actually baked the goods, but no café or restaurant, although it was marked that way on the map and in the info. One would think I would learn not to trust official information by now, right?

Oh well, never mind again, no pie, no cake and no fresh pastry for me then.

So I just kept on walking and headed back 'home'. Dog still with me. At that point, I decided it's time for the plasters as my feet were getting really sore, but what happened. The moment I stopped and put my bags on the ground and put one sandal off, the lovely fella came to me and started grabbing my bangs and sandals and carrying them forward. And was quite insistent.

Alright, so really no plasters today. And the only reason I decided to buy them was because I left mine at the bungalow. If I would see this coming, I wouldn't bother spending the money on them as I only got to the point of using them after I got back 'home'

So I calmly took all my things back from the dog (it's not so funny when you don't know how he might react, but he was really just a nice silly fella) and got back on the road. After another turn that would lead me back to the 'main' road, we came to another pack of guarding dogs. I kept on calmly walking, the noises coming from far behind me sounded like that's it for the dog. The bigger was my surprise (and the facepalm, to be honest) when a few minutes later he stormed pass me, all happy he made it and I didn't get lost without him. At that point I was already begging him (aloud in several languages) to 'GO HOME!' But it seemed to mean nothing to him and he was still happily leading me forward and getting restless when I wasn't walking fast enough. I walked about 10km at that point, all with sore feet, so the thought “F*ck you, dog.” started slowly creeping on my mind.

Luckily, I found the right turn back to the beach so I saved myself the awful hill right before my temporary residence. As annoyed as I was by the time, the look on the dog's face when he realized we got to the beach and the sea!, well, it was priceless.
It was shortly before 6pm, the sun was setting and the low tide created some nice patterns in the sand. 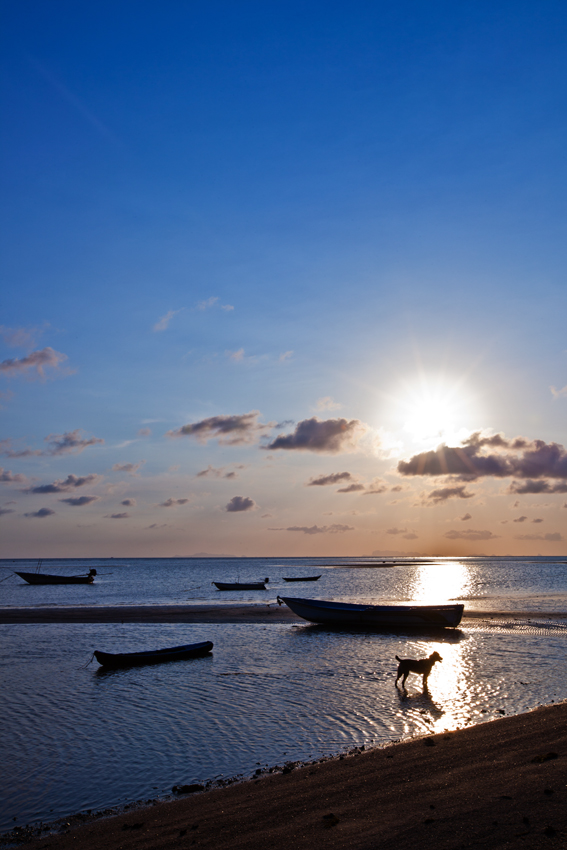 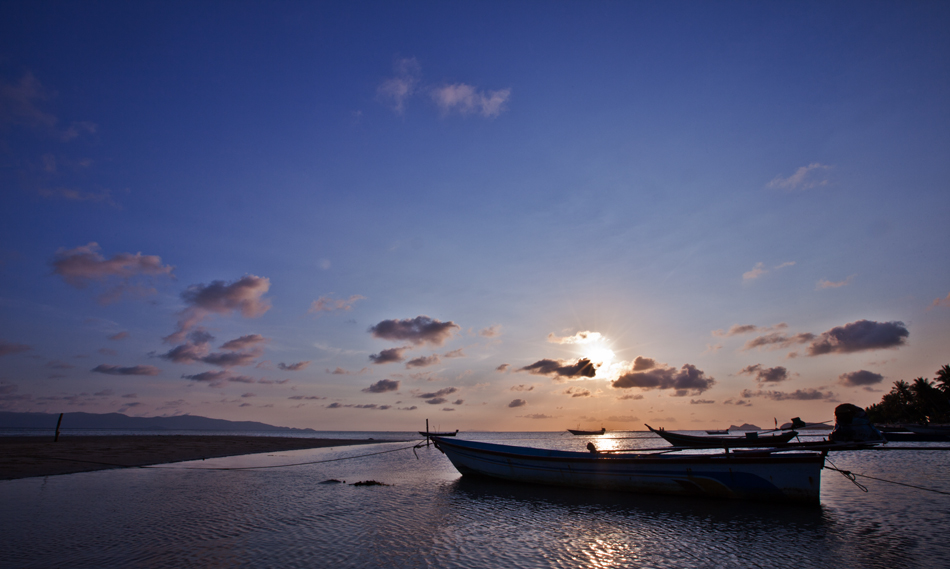 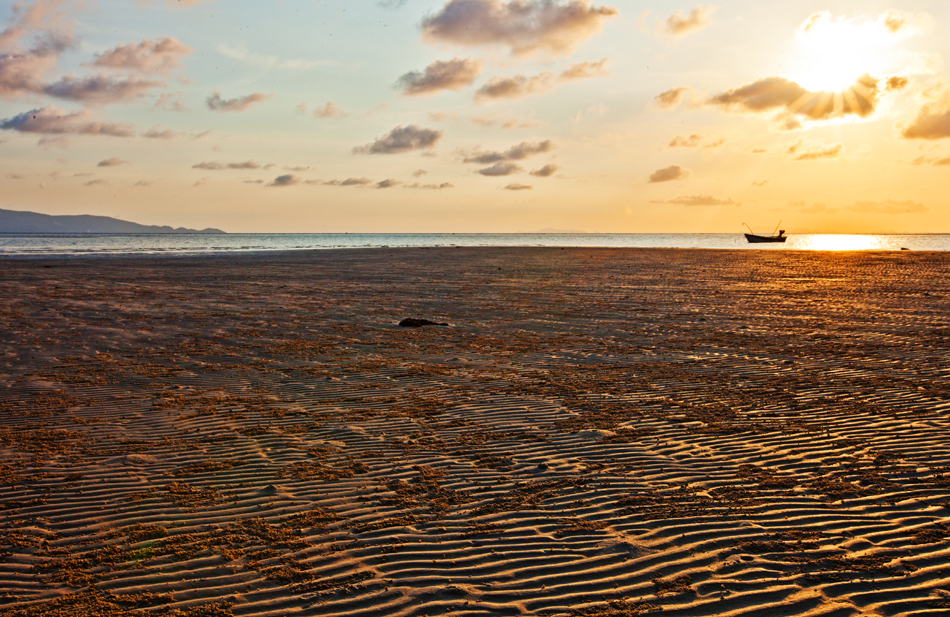 I don't know if the dog thought I owed him something for his valiant escort, but as we were walking on the beach and passing by the other resorts, from each at least three dogs stormed at him. And all of a sudden, the brave and valiant dog started hiding behind me. Yes, the last thing I wanted – to be stuck in the middle of dogs fighting. And once again, because I had no idea how he might react, I didn't want to kick him to make it clear to him he wasn't wanted and I wasn't the best choice of protection. Well, I managed to get away from them somehow. I guess the point that the dogs would not attack me helped a lot.
So eventually, it was the dogs at our resort that finally stopped him from following me any further.

And that is the story of the little delusional Thai dog who set on a mission to safely get me home. Silly dog, almost got killed countless times but succeeded at the end, nevertheless.
I guess I could dedicate the postcard-kind of sunset we had that evening to him. Silly dog. 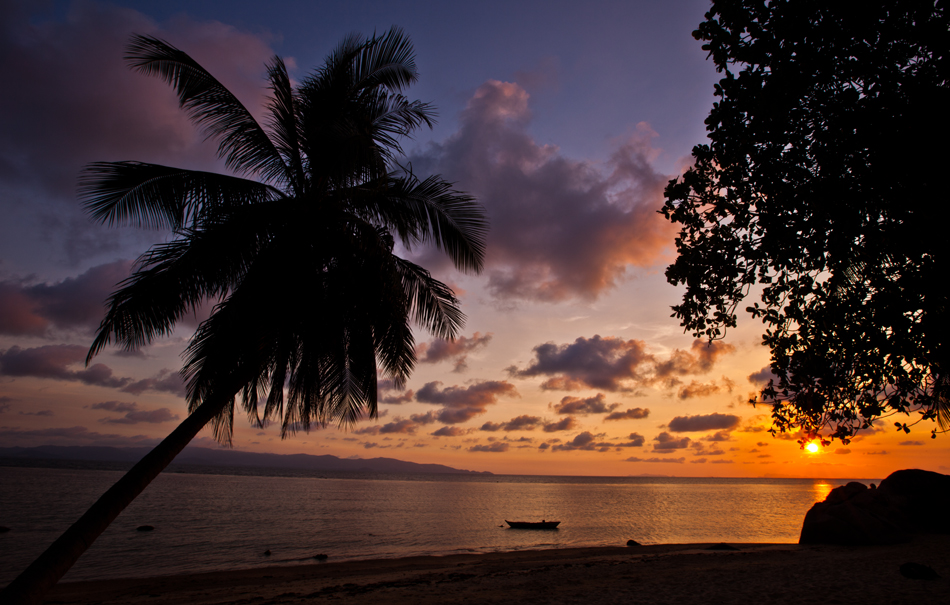 The rest of my time at Ko Phangan I spent by relaxing and resting my injured feet, so no more walks or hikes as I originally planned.
Also, the good weather lasted for whole three days and then the (real tropical) rain caught up with me again. So there wasn't much to do anyway. Aside from taking pictured from my terrace. 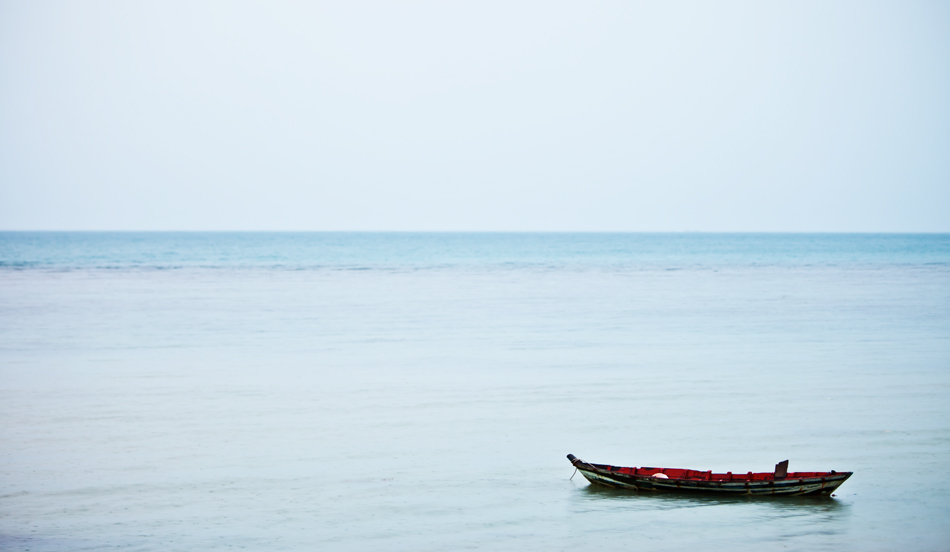 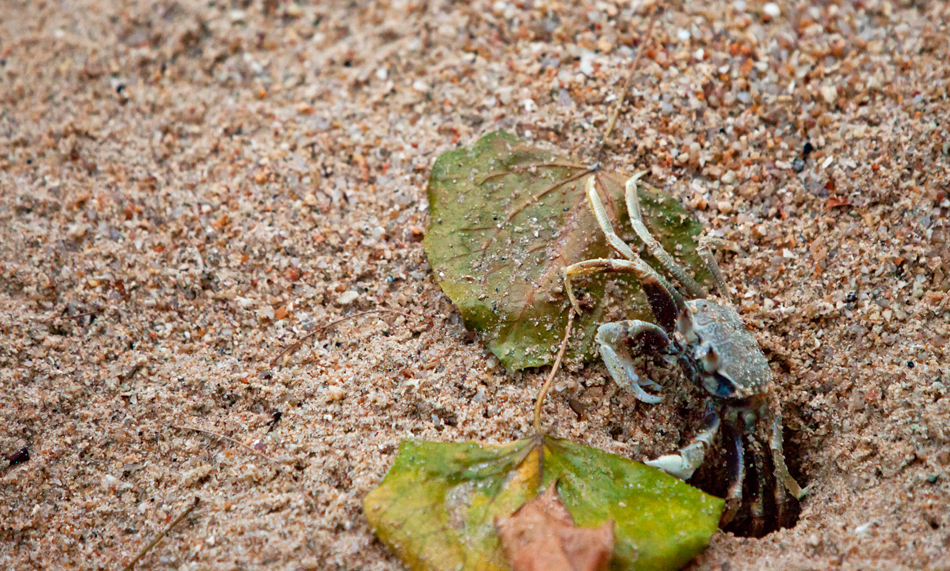 I quite fell in love with Ko Phangan and Thong Yang Bungalow also. They certainly hadn't seen the last of me there. Especially because it was this little friend that came to say goodbye in the morning. 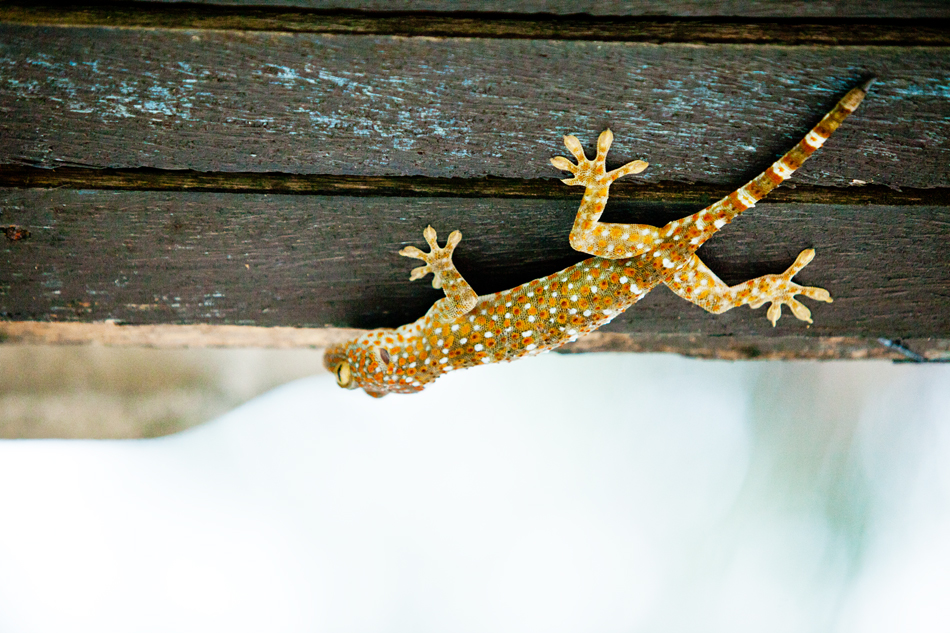 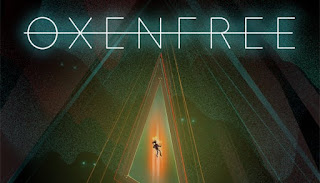